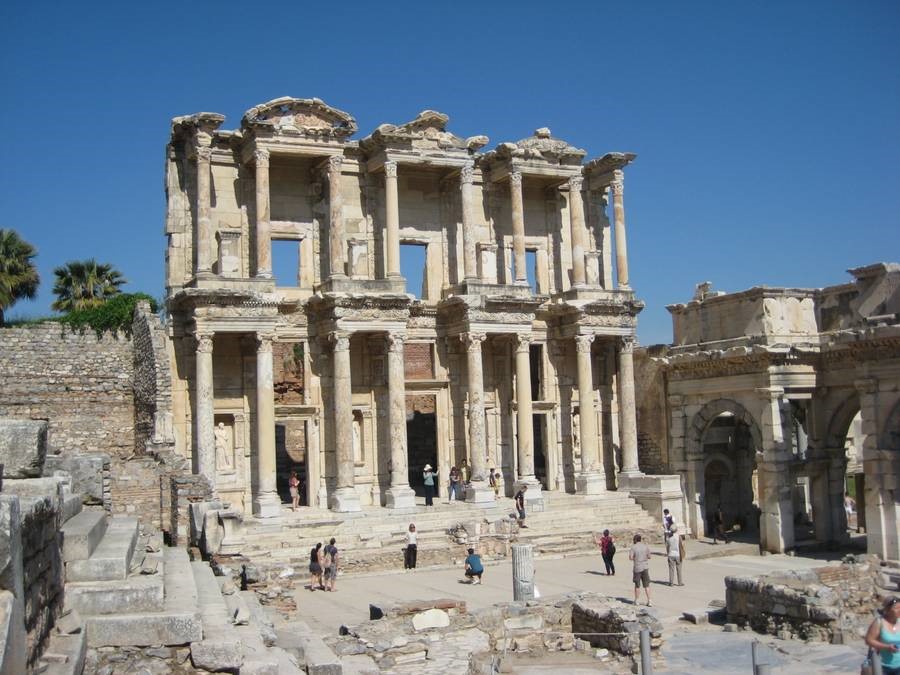 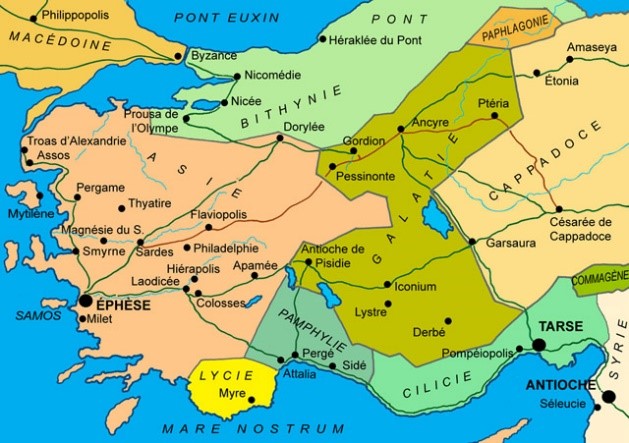 The theme of this article is the Christian behavior of women, the humiliation in the house communities, the persecution and what kind of distinction can be made in unbelievers.

END_OF_DOCUMENT_TOKEN_TO_BE_REPLACED

In the previous article we talked about the origins of the first communities, the first missionary journey of Paul and Barnabas and how the first Christians experienced the faith in Christ and strengthened their love for each other.
In those exciting days the good news was spread and the Christian house communities spread like an oil slick over the civilized world:

These house communities were the meeting places where education, knowledge, chants, prayer and meals were shared. (1 Corinthians 14:26)
Jesus said the following about meetings:

NKJV (Matthew 18:20) 20 For where two or three are gathered together in My name, I am there in the midst of them.”

Sometimes there were special circumstances, such as speeches and healings by the apostles, or the celebration of the Lord’s Supper, whereby the various house communities gathered together:

NKJV (Acts 5:12) 12 And through the hands of the apostles many signs and wonders were done among the people. And they were all with one accord in Solomon’s Porch.
NKJV (Acts 20: 7-8) 7 Now on the first day of the week, when the disciples came together to break bread, Paul, ready to depart the next day, spoke to them and continued his message until midnight. 8 There were many lamps in the upper room where they were gathered together.

These were also meetings where the individual Christian house communities could speak to each other, encourage each other and where new disciples were presented to each other.

The book of Acts mainly describes the Christian (missionary) work of the apostles Peter and Paul and the building of the Christian communities.
It is generally assumed – by the remarkable use of words and described healings – that the physician Luke has written the gospel according to Luke and also the Acts of the apostles:

NKJV (Colossians 4:14) 14 Luke the beloved physician and Demas greet you.

The theme of this article is the missionary work and the establishment of the house communities, the points of attention that there were and the run-up to the two witnesses prophecy.

END_OF_DOCUMENT_TOKEN_TO_BE_REPLACED

In the previous article we talked about the beginning of the Christian communities and how those exciting and spectacular days of joy and enthusiasm were experienced by the first Christians. As we saw, about 3,000 people were baptized on a single day. (Acts 2:41)
The warm love and joy of brothers and sisters among themselves, everything they had was in common.
The community in Jerusalem definitely represented a foreshadowing of the New Jerusalem on the New Earth, where the saints will be direct supporters of Jesus. (Rev. 20: 4.6)
In the later communities we do not see back this collective sharing, but we do see the support of poor Christians.
Encouragement for the community in Jerusalem increased, when the Samaritans and ultimately the heathens, such as the Ethiopian eunuch and Cornelius and his family were baptized and the latter were even sanctified.
After Pentecost, after the first sanctification, the saints preached in Jerusalem against Jews from all parts of the world in their own language, and the good news was thereby spread to all parts of the world. (Acts 2: 4-11)
As we will see in this article, the good news was also brought by Paul and Barnabas (the first missionary journey) to the inhabitants of Cyprus and to cities that are in present-day Turkey.

Anyone who now complacent thinks, that everything is in order for him or her will be shaken up awake.
This article contains vehement recommendations and we believe that these are badly needed.
The Christian way of life has to be experienced in a completely different way, preferably away from the institutes.
To the home group as with the first Christians, as independent groups.
Christians need to learn to think for themselves about how Scripture is meant.
We will come back to this in detail and how separate Christian communities can visit and encourage each other.

The theme of this article is the organization of the first communities, the problems that arose and how they experienced and strengthened the faith as a community.