The time has come near, for a far-reaching booklet.
How can we know that and what is that booklet about?
The content of this booklet will play a decisive role in this series of articles.
We begin with a short intro of the book of Revelation.

Theme: The Divine plagues, why are these necessary?

It all starts with the apostle John in captivity.
The resurrected and glorified Jesus appears to John in a vision, which vision is revealed to John by a sent angel, about what will happen in the last days:

(Revelation 1: 1) 1 The Revelation of Jesus Christ, which God gave Him to show His servants–things which must shortly take place. And He sent and signified it by His angel to His servant John,

John was imprisoned because of his faith and testimony on Patmos, an island to which prisoners were exiled:

(Revelation 1: 9) 9 I, John, both your brother and companion in the tribulation and kingdom and patience of Jesus Christ, was on the island that is called Patmos for the word of God and for the testimony of Jesus Christ. 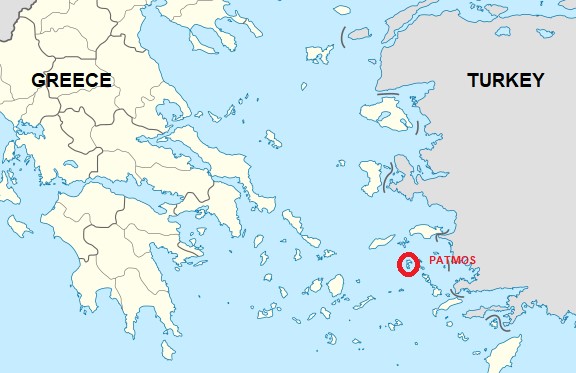 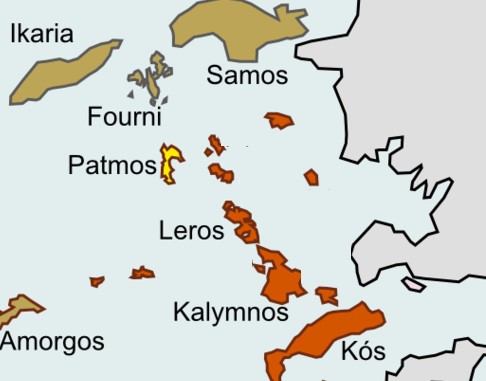 So because of his bold preaching, John stayed on a prisoner island. The wicked seem to have it easier, they live just the way they want to and apparently they are doing well. But showing off all their opulence is an empty life. Christians must arm themselves not to be tempted, to not participate in that behavior:

Christians, like John, need not be discouraged or hurt if they don’t fit in that behavior, even by their own family members. Respond in righteousness as Jesus did, because later Jesus mother, James, and Judas came to believe:

(Matthew 12: 46-50) 46 While He was still talking to the multitudes, behold, His mother and brothers stood outside, seeking to speak with Him. 47 Then one said to Him, “Look, Your mother and Your brothers are standing outside, seeking to speak with You.” 48 But He answered and said to the one who told Him, “Who is My mother and who are My brothers?” 49 And He stretched out His hand toward His disciples and said, “Here are My mother and My brothers! 50 For whoever does the will of My Father in heaven is My brother and sister and mother.“

God’s plagues are real, as the great flood was real (Gen. chapter 7), the destruction of Sodom and Gomorrah was real (Gen. chapter 19) and as the 10 plagues in Egypt were real (Ex. Chapters 7-12). Just like Jesus did, Christians can protect themselves from unbelievers ‘with an answer’ about a choice every person must make, a choice for life. Talk to unbelievers about that, it gives you strength:

(2 Corinthians 10: 4-5) 4 For the weapons of our warfare are not carnal but mighty in God for pulling down strongholds, 5 casting down arguments and every high thing that exalts itself against the knowledge of God, bringing every thought into captivity to the obedience of Christ….

Are the Divine Plagues Necessary? What is going on?
The denial of YHWH and wickedness have increased dramatically.
When Jesus perceived that the worship of His Father was being done great injustice, Jesus intervened. This will happen again soon:

(John 2: 13-16) 13 Now the Passover of the Jews was at hand, and Jesus went up to Jerusalem. 14 And He found in the temple those who sold oxen and sheep and doves, and the moneychangers doing business. 15 When He had made a whip of cords, He drove them all out of the temple, with the sheep and the oxen, and poured out the changers’ money and overturned the tables. 16 And He said to those who sold doves, “Take these things away! Do not make My Father’s house a house of merchandise!”

When God’s people, the apple of His eye, endures great injustice and are oppressed or humiliated by the wicked, God intervenes. God’s people will be saved but the wicked will then be oppressed. That will also be the case in the last days:

(2 Thessalonians 1: 6-8) 6 since it is a righteous thing with God to repay with tribulation those who trouble you, 7 and to give you who are troubled rest with us when the Lord Jesus is revealed from heaven with His mighty angels, 8 in flaming fire taking vengeance on those who do not know God, and on those who do not obey the gospel of our Lord Jesus Christ.

After opening the 6th seal follows a fierce warning:

(Revelation 6: 12-17) 12 I looked when He opened the sixth seal, and behold, there was a great earthquake; and the sun became black as sackcloth of hair, and the moon became like blood. 13 And the stars of heaven fell to the earth, as a fig tree drops its late figs when it is shaken by a mighty wind. 14 Then the sky receded as a scroll when it is rolled up, and every mountain and island was moved out of its place. 15 And the kings of the earth, the great men, the rich men, the commanders, the mighty men, every slave and every free man, hid themselves in the caves and in the rocks of the mountains, 16 and said to the mountains and rocks, “Fall on us and hide us from the face of Him who sits on the throne and from the wrath of the Lamb! 17 For the great day of His wrath has come, and who is able to stand?”

According to our research, it may be a large debris field entering our atmosphere or strikes the earth, which could be a signature of a brown dwarf star.
The people will be desperate of fear, they know that the great day of wrath from God and from the Lamb has come. But this fierce warning will not be the end.
After the opening of the 7 seals, the trumpets are blown.

When the sixth angel blows the 6th trumpet

After the 6th angel has blown the trumpet, four angels are released who will kill a third of the people by their plagues (Rev. 9: 13-19).
But the remaining people did not repent:

Our heavenly Father hopes that people will repent and for that reason be spared, but unfortunately not all of them repent (Rev. 9: 20-21).
Note that during their days in Egypt, God’s people were not affected by the 10 plagues:

1 I saw still another mighty angel coming down from heaven, clothed with a cloud. And a rainbow was on his head, his face was like the sun, and his feet like pillars of fire.

John now sees in the vision brought by a messenger angel (from Rev. 1: 1) another strong Angel descending from heaven. This Angel with a face like the sun clearly is an image of the glorified Jesus:

The rainbow above His head indicates the throne on which Jesus sits together with His Father, because the rainbow is the symbol of the promise to Noah:

That the glorified Jesus was clothed with a cloud indicates Jesus’ second coming:

The glorified Jesus put His right foot on the sea and His left foot on the earth, which pictures Him as a conqueror, as the King on the white horse (Rev. 6: 2). It means the victory among the creatures on earth (water – Rev. 17:15 – nations over which the [financial] harlot had power) and the victory over His enemies in heaven (earth – Rev. 13:11 – beast that spoke as the dragon, as Satan).

The booklet has been opened, the information does not have to be kept hidden.
As the saying goes; ‘Like an open book ‘, no secrets are written in.
John must fully understand what is in it to be able to further prophesying, for it must be fully disclosed. The booklet that John had to eat comes in the sequence right before the Two Witnesses prophecy. Still other books are mentioned in the Scriptures.
For ‘the judgment‘ of all people by our Judge Jesus (Acts 17:31), ‘the Book of Life‘ will be opened, which contains information about all people.
But in the Scriptures is told, that ‘more books’ will be opened, meaning that more information will become available at that time as to the measure of glorification for all those who will receive ‘life’.  And also for incriminating information for those who will receive ’no life‘ but destruction:

3 and cried with a loud voice, as when a lion roars. When he cried out, seven thunders uttered their voices.

Jesus cries with a loud voice, Jesus is the roaring lion of Judah:

The 7 thunders represent the voice of God:

Why may the message of the seven thunders not be written down and why must that section be sealed by John and kept secret?
This secrecy corresponds with the secret in the book of Daniel:

What the seven thunders have spoken will be revealed in God’s own time. The voice of God has dramatic significance for all those who do not repent of their wickedness.

Jesus is going to pray to His Heavenly Father for His slain disciples:

After a set time, times and a half, refers to the 2 witnesses’ prophecy. We will discuss this further in this series of articles.

7 but in the days of the sounding of the seventh angel, when he is about to sound, the mystery of God would be finished, as He declared to His servants the prophets.

8 Then the voice which I heard from heaven spoke to me again and said, “Go, take the little book which is open in the hand of the angel who stands on the sea and on the earth.”

It is the voice of the sent angel who further reveals the vision:

9 So I went to the angel and said to him, “Give me the little book.” And he said to me, “Take and eat it; and it will make your stomach bitter, but it will be as sweet as honey in your mouth.”

Eating the little book has the same effect as what is written in the book of Ezekiel:

10 Then I took the little book out of the angel’s hand and ate it, and it was as sweet as honey in my mouth. But when I had eaten it, my stomach became bitter.

The booklet is not a literal book, but is ‘a description’ for what is about to happen. It contains a message (sweet) that signifies hope and salvation to the faithful but means woe or torment (bitter) to the unrepentant godless ones.
It is pronouncing judgment about an unrepentant people. The preaching work of the two witnesses will have at least a twofold but rather a threefold message.

As the most important message, to repent to the Creator and His Son, and also a message against idolatry, against the love of money:

But also as third, not to worship Satan, under no circumstances. By accepting the mark, via forcing on vaccines. By making people fearful of reprisals. It is all the sowing of fear, by the children of Satan:

We will return to this aspect of the sowing of fear in the article series.

11 And he said to me, “You must prophesy again about many peoples, nations, tongues, and kings.”

With the opened booklet fully taken in, John can continue to prophesy what is about to happen.

Why the Divine plagues are necessary.
The sealed scroll with 7 seals, which is opened by the Lamb.
The intermediate section in Revelation chapters 10-11 consisting of three parts;

Revelation chapter 10 verses 1-11; The little book that John had to eat.

In the following article: Measuring the Temple