When the Antichrist comes part 3.pdf

In the previous article, we briefly talked about the fear for the Corona virus plaguing the world. According to 12 global medical experts in infectious diseases, practically all infected people have mild to bearable symptoms, only the elderly and the sick do not.

Christians have been warned in Scripture against a takeover of society by an overarching worldwide government with the Antichrist as king (Dan 8:23).
The Antichrist is the initiator of a new global money system, which also requires the worship of Satan and which we conveniently call the New World Order – NWO (Rev. 13: 15-17).

Ultimately, this government wants the current UN to cease to exist and to be replaced by a Jewish UN: 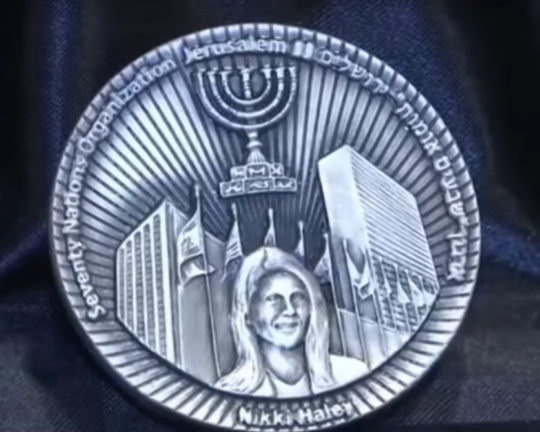 In the previous article, we have seen how we can arm ourselves spiritually against the liar, the coming Antichrist, and have further talked about Jesus’ task as the by God-appointed High Priest according to the composition of tasks of Melchizedek.

Trust on your Creator in all your worries:

(Psalm 46: 1-2) 1….God is our refuge and strength, A very present help in trouble. 2 Therefore we will not fear, Even though the earth be removed, And though the mountains be carried into the midst of the sea;

Theme of this article; The mark, the eternal sacrifice for our sins, the access to God by Jesus’ sacrifice and the faith of our ancestors in a new homeland.  END_OF_DOCUMENT_TOKEN_TO_BE_REPLACED

In the previous article we talked about the great Babylon, a real city, and that NEOM is situated exactly on the old Midian, with Mount Sinai. What the objectives of NEOM are and which people already have been attracted and approached.

According to Peter Phillips (professor of Sociology, Ph.D., University of California), the result of influential think tanks, NGO’s and organizations is, that they translate the agenda of the richest 1% into policy, which is then implemented by governments.
In his view, we must think of powerful fund managers like BlackRock and the Vanguard Group, which you will encounter as a shareholder in almost all large companies and the military industrial complex.

In fact, in this way the US has become a plutocracy, a form of government in which the richest are in power and can determine the legislation for large groups within society.
NEOM also has very large investments and there are many large parties that want to invest in there.
NEOM, the great Babylon, will be fully in the media’s attention in the coming period.

NKJV (Jeremiah 51: 12, 13) 12 Set up the standard on the walls of Babylon; Make the guard strong, Set up the watchmen, Prepare the ambushes. For the Lord has both devised and done What He spoke against the inhabitants of Babylon. 13 O you who dwell by many waters, Abundant in treasures, Your end has come, The measure of your covetousness.

The theme of this writing is the characteristics of the false prophet regarding NEOM, about Jesus’ statements about these and about the further biblical prophecies that relate to these.